As part of its Best Places to Travel 2019, Mic.com put out a Saratoga-themed story “Saratoga Springs isn’t just for horse people — it’s a nature escape with great food, too”. And…we made the story!

“Perhaps the dish most well-regarded by Skidmore students is the Doughboy at Esperanto’s: pizza dough stuffed with chicken, cheese and scallions, baked until pillowy and golden brown. (A vegetarian version called the Doughgirl is also available.) After a night on Caroline Street, where there’s a bar at every corner, a Doughboy can sop up all of your sins.” 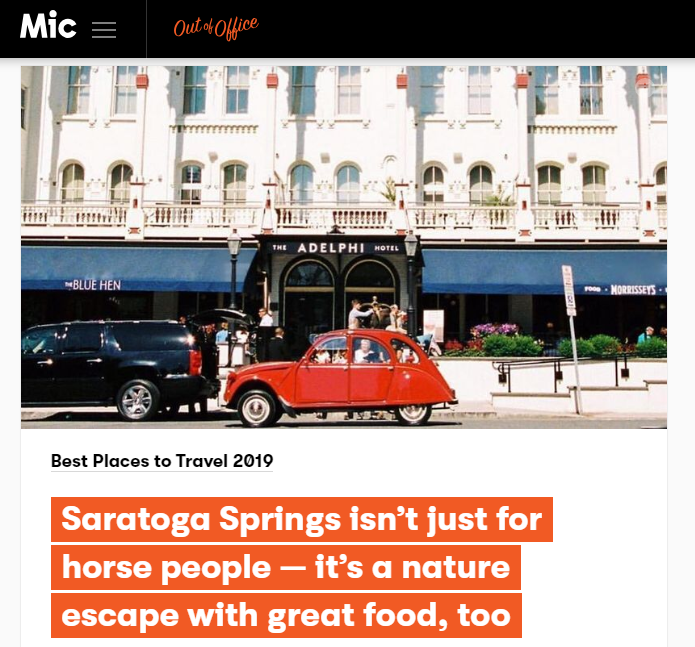